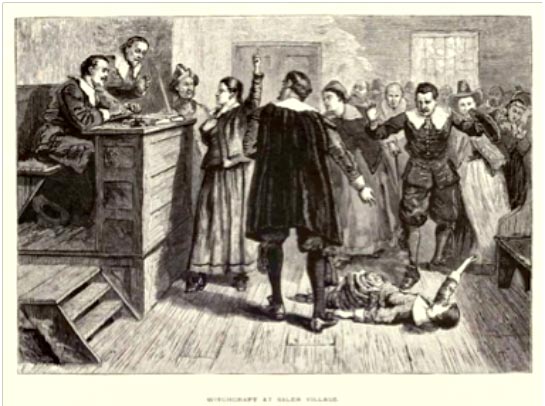 Unsolved mysteries bug me. I want to solve them. In January of 1692, young Abigail Williams and Betty Parris fell into fits. They convulsed and barked and complained of being bitten and pinched. This kick-started the Salem witch hysteria that left twenty people dead and countless others physically and financially ruined.

What caused Abigail and Betty to sicken in those dark winter days? The Puritans diagnosed bewitchment. Today we find such a diagnosis ridiculous. So were the girls faking it?

Two accusers—Mercy Warren and Ann Putnam—eventually admitted to lying. However, the symptoms the first two afflicted girls, Betty Parris and Abigail Williams, exhibited may have been signs of a mental disorder.

Prickly sensations, twitching, stammering, curled tongues and contorted limbs are all symptoms of what was once called hysteria and is now known as conversion disorder. While still poorly understood, people with this disorder show psychological stress through physical symptoms. There is no biological reason for the physical ailments shown by someone suffering with conversion disorder. [1]

Betty and Abigail lived in a whirlpool of stress.

The Parris house was freezing in January 1692 as church members unhappy with Reverend Parris’s preaching refused to deliver his allotment of firewood. Parris retaliated with fiery sermons about hellfire and sin. Attacks by Native Americans were a constant threat. The days were dark and endless.

In The Witches, Salem, 1692, author Stacy Schiff maintains that conversion disorder appears most often in isolated rural areas and enclosed communities like convents or boarding schoolings.

(This book is fantastic, by the way.)

This disorder can be contagious, especially when reinforced by community norms. Schiff cites the attention Betty and Abigail received, the fact that afflicted girls no longer had to do chores, and how the afflicted could command the biding of the entire village. She theorizes that perhaps Abigail and Betty truly suffered from conversion disorder and other girls and women imitated their behavior when they witnessed the advantages “bewitchment” had to offer.[2] If this theory is correct, that means all of the afflicted girls except Abigail and Betty were pretending.

Maybe not. Doctors Susan Hatters Friedman and Andrew Howie argue that extreme fear can distort perceptions about even ordinary occurrences. In a 2013 article in the Journal of Psychiatry and the Law, Friedman and Howie compare a sexual abuse investigation in a California preschool in the early 1980’s with the hysteria in Salem. In the McMartin preschool case a mother alleged that her son had been abused by a day care provider. This accusation exploded into a FBI investigation and sparked a nation-wide panic.

Preschool children testified to bizarre things like underground tunnels and the drinking of blood and eating of feces. Similarities between the Salem and McMartin cases include fantastical child testimony, prejudicial interview tactics, and the belief of officials that children would not lie. Friedman and Howie found that hysteria is more likely to develop when a member of the medical profession encourages irrational thinking and when the cultural environment permits unsupported accusations and arrests.[3] Both factors were in place in Salem and the McMartin case.

There have been other waves of mass hysteria in American history—the Red Scare of 1919, the internment of Japanese-Americans during World War II, and the anti-communist witch hunt led by Senator Joseph McCarthy during the Cold War. 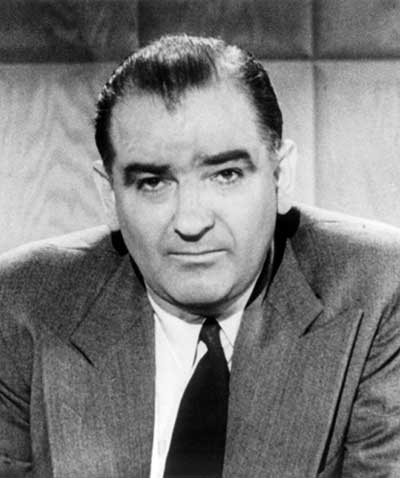 How did these episodes of national panic compare to Salem in 1692? Did anyone suffer physical afflictions? Were there mass arrests based on little evidence of wrongdoing? What role did the government play in each event? 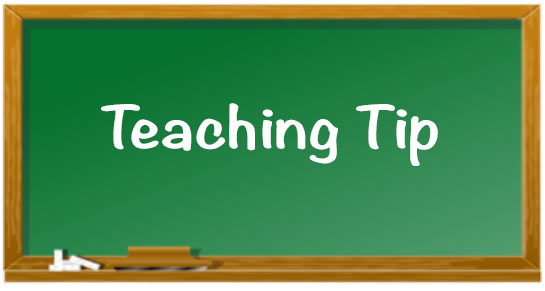 Have students research the anti-communist witch hunt of the 1950’s and compare and contrast it with what happened in Salem in1962.

Ask students to consider the following:

Students could showcase their conclusions in a Dialogue Poem.

This two column format lets writers juxtapose two points of view side by side. The two voices are going through a similar experience but each has his own perception of events. Two voice poems should be read out loud. Alternating lines represent a contrast and should be read individually.

Adjacent lines show a similarity and should be read in unison. I’d suggest requiring students to incorporate a certain number of specific historical references for each time period to provide evidence of their research and understanding.

Here is my opening of a two voice poem to kick-start your students’ creativity.

The air was thick with fear and suspicion

Finding myself in History: Dumped Before the Dance