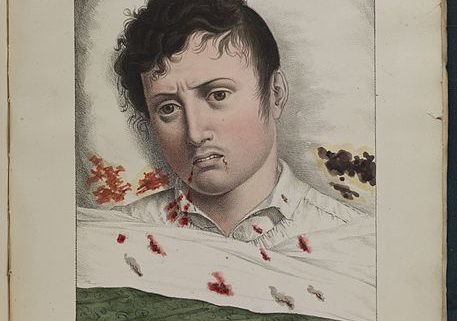 Watch out! More Mayhem & Mystery is heading your way.

Armed with shovels and crowbars, thieves throughout history have unearthed graves out of greed, hunger, and knowledge.

Eruptions and Explosions: Real Tales of Violent Outbursts recounts the history of five blow ups that continued to rattle the world long after the smoke had cleared and embers cooled. Key turning points in world history expose readers to basic elements of climatology and environmental science.

From history’s earliest days, bacteria and viruses have stalked humans. Stowing on wagons, ships, and airplanes, these diseases traversed the globe, infecting people in city streets and isolated hamlets.

Epidemics and Pandemics tells the tale of five of history’s most critical contagions and the havoc these diseases wreaked across the globe, including the bubonic plague, yellow fever, smallpox, Spanish influenza, and AIDS.

We might think humans have control over our environment, but Mother Nature has proven us wrong again and again.

Earth, Wind, Fire, and Water: Real Tales of Temperamental Elements tells the story of five of America’s deadliest natural disasters that were made worse by human error, ignorance, and greed. From a raging Midwest wildfire in 1871 or a surprise blizzard that brought New Yorkers to their knees, to the flood in Johnstown, Pennsylvania, the 1906 San Francisco earthquake, and the Dust Bowl, humans have served as their own worst enemies when it comes to preparing and dealing with sudden destruction

The Mayhem & Mystery series delves into fascinating stories from the past to provide kids with a jumping-off point into a lifelong habit of appreciating history. Pre-order these books now from Amazon.

Through Their Eyes—Letters from Soldiers in the Civil War

Why History Matters: A Teacher’s Rationale
Scroll to top